HOW TO INCREASE CONSTRUCTION SALES WHEN CLIENTS WANT TO SAVE MONEY

HOW TO INCREASE CONSTRUCTION SALES WHEN CLIENTS WANT TO SAVE MONEY

HOW TO RESPOND TO A CUSTOMER’S QUESTION ABOUT SAVING MONEY

A problem for many construction business owners is that you believe your customers when they say they want to save money. I am not saying your customers are lying, but the idea of saving money makes your customers feel secure. They are simply reacting out of fear.

They are fearful they might overpay, because they know, deep down, they don’t know much about construction sales or projects. They have no idea what it should cost to get the final product they really want.

When you take your customers’ fear-based responses at face value, you waste a lot of time trying to solve a problem that may not exist.

Then your fear kicks in, because you’re afraid of losing the deal.

Fear of getting ripped off and fear of losing money is no way to start a relationship.

You, as the professional, are fit to give your client what they want and deserve at the right price. So, use their fear as an opportunity to offer your professionalism.

WHY YOU SHOULD SELL UPGRADES BEFORE YOU CUT SCOPE

There’s a simple way to help your customers’ overcome their fears at the same time allowing you to confidently sell your expertise and experience.

I call it Educating the Upgrade.

Your customer asks, “How can I save money?”

You respond with, “We can certainly talk about ways to cut the scope of work, but let’s first see what you really want out of this project. Here’s what you could get if you spend more.”

Educating your potential customers on the benefits of upgrading to the next level is actually the best way to save them money.

The project is never going to be cheaper than during the planning stage.

Not every customer will be able to afford the upgrade.  That’s ok.

Some of your customers, however, can afford it. They just don’t know their options. What is the upgrade, and how can it actually save them money in the long run?

Once they are aware, some of your customers will want the upgrade, and they’ll cut out other things to get it.

When you confidently take your potential customers to the next level by educating them on the value and benefits they receive by upgrading, people will start to look to you as the expert in your area.

You’ll be sought out, because you are providing your clients with products and projects that no one else can produce.

Your competition can’t produce them, because they are scared to educate the upgrade.

HOW TO TRANSFORM YOUR CONSTRUCTION SALES PROCESS

In this video, I discuss educating the upgrade with my client, Ryan Hay of the Oakman Building Company in Austin, TX.

We discussed the first thing you need to say when your customer wants to save money.

Watch the video below to learn how to respond to this request.

Get your life back by streamlining your construction business and creating the systems you need to become as confident in business as you are at your craft.

Shawn:
There’s contractors out there right now that are so afraid of selling them on more stuff. When clients say, “Well, hey, how can we save some money?” Physically say it. Just say, “Well, look what you get if you spend more.”

How can you get your potential customers to spend more money with you when they ask, “How can I save money on my project?” In this video, I want to show you a few minutes of a coaching session I had with one of my clients, Ryan Hay. Ryan owns Oakman Building Company in Austin, Texas, and we worked together to transform his sales process so that he could focus on the right clients and the right projects and the right margins for his business. Watch the rest of this video to learn how you can get your customers to spend more with you when they say they want to spend less. I call it educating the upgrade. Check it out.

Ryan:
I met with a guy. He’s got a full architectural ready for permit, he’s got full structural, and he’s got HVAC. Went over and met with him. We looked at the plans, that sort of thing, looked at the house. So he’s got three bedrooms that, it’s an older house, it was built in the, I don’t know, thirties or something. The addition’s kind of off the back. He’s like, “I really don’t know what I want to do with these three rooms. Part of me wants to spend the money pulling the drywall down, upgrading the electrical if it’s got a really old electrical system, updating the windows, and putting really good insulation in.” He’s like, “I don’t even think there’s insulation in the walls.”

So I was like, “Man.” I was like, “That’s perfect. During this whole pre-construction process we’re going to go in. We can look at it, we can measure all that stuff. I can give you what it’s going to cost to do that. We can come to this agreement on a scope of work that makes sense.” I was like, “If you’re going to go spend $450,000 on this 2,000-square-foot addition, then it probably makes sense to spend another $40,000 on these three rooms and bring them up to code, especially if you’re spending money and you’re going with all this positive energy stuff where they’re designing this optimal system. It’s like you don’t want to put a Ferrari engine in a Honda. Let’s go make the rest of it a Ferrari.”

I was like, “Yeah, if you want me to price a metal roof and a shingle roof at pre-construction,” I was like, “We’ll do that.”

Shawn:
Yeah. So you’re starting to breathe that rarefied air where you get those kind of clients where the reason they have money is because they’re wise with it, which means some of those clients, they will say, “Well, how do we save money?”

But you say, “You save money by spending more over here because it is all the same thing.” Do something simpler if you want to save money, but if you want it to perform well, then spend a little bit extra and make this thing awesome. You’re dealing with people that want … the education time that’s spent on that is not wasted, because they buy everything else like that.

Shawn:
I want quality, but I need you to educate me and tell me what I don’t know. I’ll pay for what I don’t know because I appreciate that. I value that. But the contractors that are so scared of being like, “We got to make this work.” There’s contractors out there right now that are so afraid of getting their clients, selling them on more stuff.

When they get done and they’re in that house, and someone else comes in and is like, “Well, why didn’t you, while you had the opportunity, why didn’t you do these other things?”

They’ll say, “Our contractor never told us that. We would have loved to have that upgraded sort of thing.” So you’re attracting those kinds of clients.

That’s where you, from now on going forward, when clients say, “Well, hey, how can we save some money?”

You just mentally, if not physically say it. Just say, “Well, look what you get if you spend more.”

“Oh, well no one ever told me that. Everybody just … “

I heard somebody once say it: you got to look at every prospect as a suspect first. Look at them like, “Hey, I don’t think you know, you don’t know this stuff. I’m going to be the one guy that offers to sell you even more because you might buy it. If you don’t, it’s no problem. Through the pre-construction process, we can get you exactly what you want, but I want to make sure, did you know for $20,000 more you could have this level of performance?”

“No, I didn’t even know mini splits were a thing until the HVHC guy told me how it’s going to solve my problems, and I was quick to start buying that.”

Shawn:
You know how to build a great project, but you struggle when it comes to the business side of your construction business. I believe that you should be as confident in your business as you are at your craft. If you want to make more money, stop worrying, and get your life back, then apply for a coaching program. Go to ShawnVanDyke.com/apply and fill out the form on that page. You can’t afford to wait. I’m going to teach you a framework that can increase your profits, streamline your business, and remove the chaos from the day to day. Go to ShawnVanDyke.com/apply, fill out the application today, and I’ll talk to you soon. 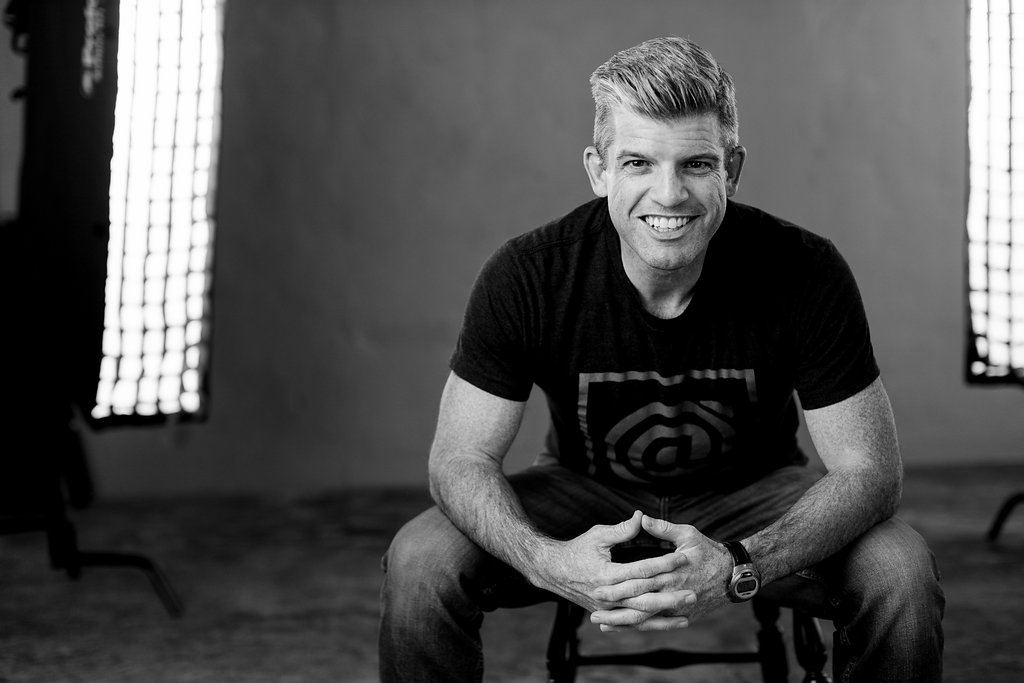 Double your profits next month

Streamline your construction business in 28 days with The Paperwork Punchlist

Get Your Free Action Guide